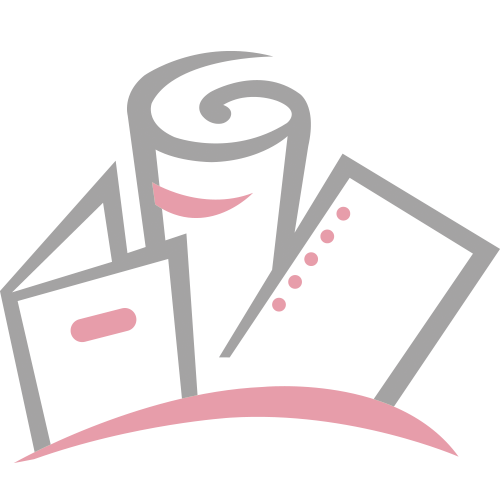 The DryLam SL27, 27" School Laminator is an easy-to-use and reliable School Laminator . With basic on/off switches for the motor and the heater, virtually any user can quickly and easily laminate prints with the the SL 27. The ease of use of the DryLam SL27 make it an ideal choice for a school or church environment with multiple users with basic lamination needs. Use the SL27 to protect and enhance prints and posters for years of use.

Transcript: We’d like to welcome everybody to our video on the SL27 School Laminator. We’re going to show you how to properly load laminating film and thread it through the machine, and also talk about the basic operation, the controls and the features of the machine that are available on the SL27. You’ll notice that there are two mandrels on the machine – a top and a bottom mandrel. They are color-coded and matched for proper position, red on the top, blue on the bottom. To load laminating film on to the mandrel, you remove it from the machine and you insert the mandrel into the laminating film so that t ... Read More

The mandrel is inserted into the roll of film to the core clip and then rotate counter-clockwise on the top until there are equal portions of the mandrel protruding out the left and right sides that can be mounted into the laminator itself. And that’s our top roll. The bottom roll is done very similarly. Again, we’re looking at a dull adhesive side of the laminating film that will be away from the heat shield, the shiny side of the laminating film against the heat shield, the film unwinding off of the bottom of the roll. You take our mandrel, insert it and then rotate in a clockwise direction for the bottom to where there are equal portions of the mandrel protruding from both the left and right sides, and then mount it into the machine.

For continued threading, the bottom roll of film has an idler bar which you thread the film underneath and pull until even. Then we can gently back the film onto the roll. And then to thread the machine, we are going to slightly overlap the films like so, take our threading card, insert it into the nip opening of the laminator and then advance the film through. The threading card will continue to come through the laminator. We’ll run this until the laminating film clarifies and all of the wrinkles have disappeared. And then we can stop the advancement of the film web, take our cutting knife and cut it loose. As the laminator heats up, the heat is transferred through the laminating film and the dull adhesive side begins to clarify, which you can see on the heat shields. When at proper operating temperature, we’ll make some additional adjustments here but first we’ll feed some of the laminating film through. Then we’ll watch for the film to start to clarify and even out across the shield. Any wrinkling that might occur can be adjusted by using the brake tension controls located on the bottom mandrel and the top mandrel. Rotating those clockwise will slightly increase unwind tension and that can help smooth the laminating film on the surface of the heat shield.

A laminator is a handy machine to have in a school for preserving kids' artwork, protecting signs, and designing posters. But with today's school budgets being so tight, it's even more important to ensure that money isn't being wasted on unnecessary equipment. To answer schools' dilemma, DryLam came up with the School-Lam 27" School Laminator. This machine offers only the basic features needed in a school environment while being budget friendly. Here's a closer look at the strengths and weaknesses of the DryLam School Laminator.

As you can see, the DryLam School-Lam is perfectly suited for use in a school or church setting. It offers basic functions at an affordable price for a convenient and efficient laminator. With a locking key switch and a safety guard, it's safe to use around curious children. And non-tech savvy teachers will appreciate the simple operation. We think this is an excellent choice for a school laminator.