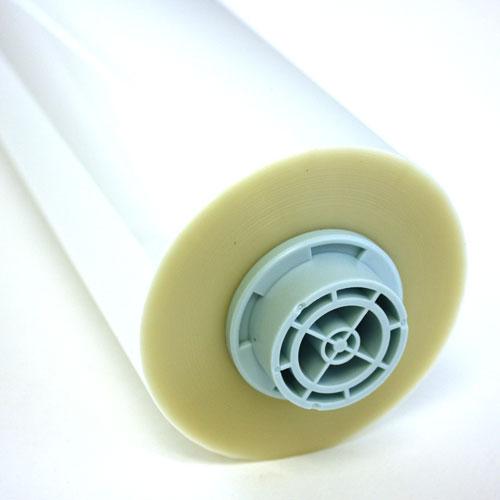 These specially designed 3mil 12" x 200' EZload laminating rolls are made specially for the GBC Ultima 35 EZload Laminator . EZload Film technology uses color coded end caps to take the guesswork out of film loading. They are specially designed to make it impossible to load the Ultima 35 incorrectly and are extremely easy to use. Now you never have to worry about wrapping the laminating film around the rollers of your laminator again. Made from GBC's premium NapLam II films these films have a low melt temperature and adhere well to all of your color graphics. Roll laminating has never been easier. Get 2 rolls of 3mil 12" x 200' GBC Ultima 35 EZload Laminating Film.
The Ultima 35 EzLoad Laminating Film is packaged in boxes with 2 rolls each. The price above is for 2 rolls of laminating film.